The Many Steps of Early Season 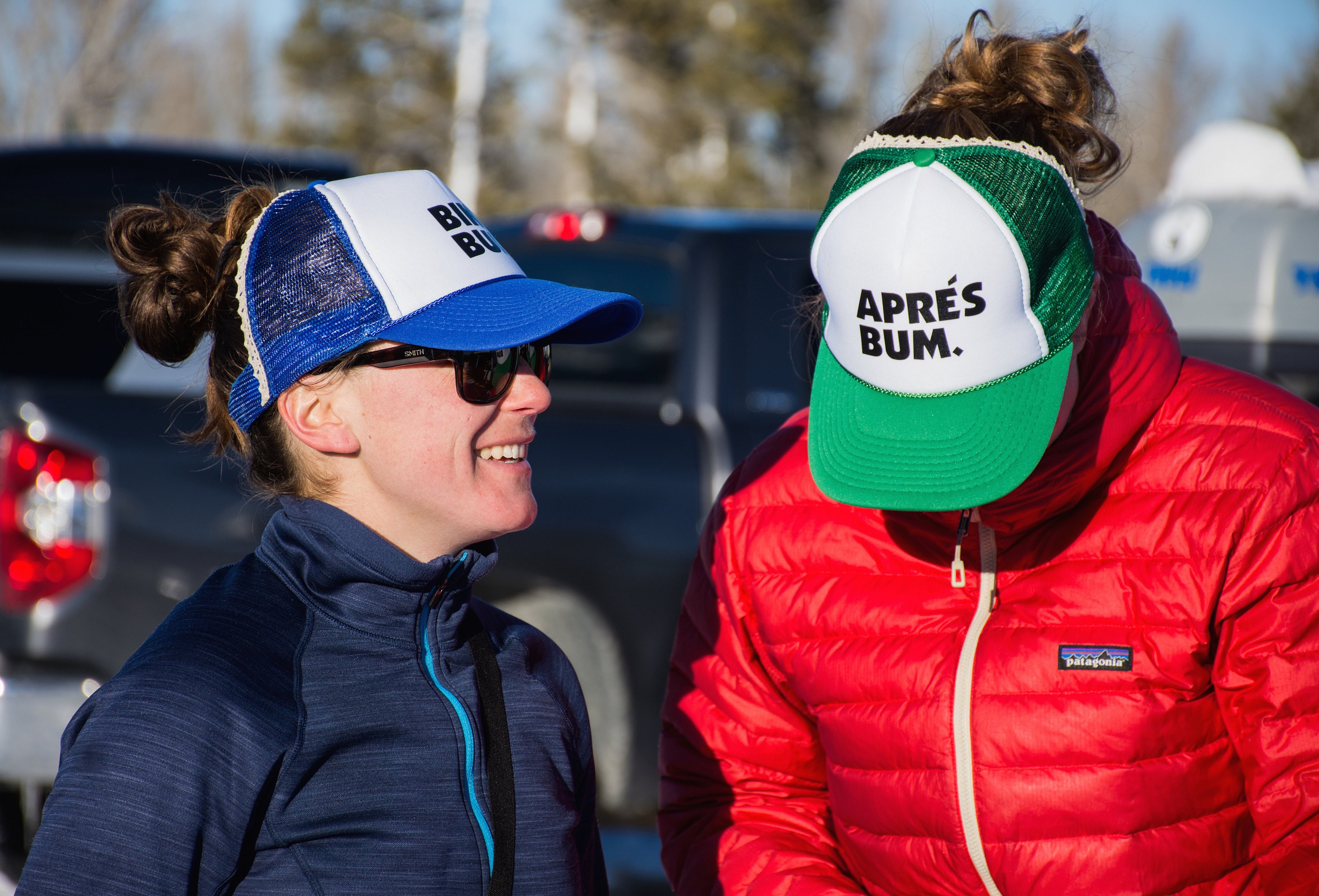 All your friends rush to take the most ridiculous photo that the pass office will allow them to take and then we wait for the lifts to start turning.  I know mine are always ridiculous.  One year I fro'd my hair, wore blue eyeshadow and made sure my red lipstick went waaaaay too far outta the lines...my smile was pretty on point too.  Another year, I was a moose...seriously.

The first few days are always crazy.  People throwing snowballs at you, because you're like the ONLY one who didn't change your jacket. What the eff?  And you can't even throw them back (with a clear conscience) because it may be your 5th grade teacher, but why is she throwing snowballs at you anyway?  So here's the thing, you have to figure out who changed their jacket and then memorize it for the rest of the season.  And ride with them.  Always.  Except for powder days, because we all know there's #nofriendsonapowderday...unless they can keep up...or know a secret stash.  Duh.

And no I'm not talking about a safety meeting...you know what I'm talking about.  The "buuuuurn".  The holy hell, my legs are gonna fall off, burn.  Living in Jackson Hole, you obviously pray that the tram opens on the first day, but do you really?  Especially if you didn't go to Ski Fit, you really cringe when all 4,139 vertical feet are available because you know that you're gonna feel like dying at the top of your 2nd tram lap.  (Don't lie. You know it's true.)  But you get that 2nd lap in and then head to the bar...because you "earned it". 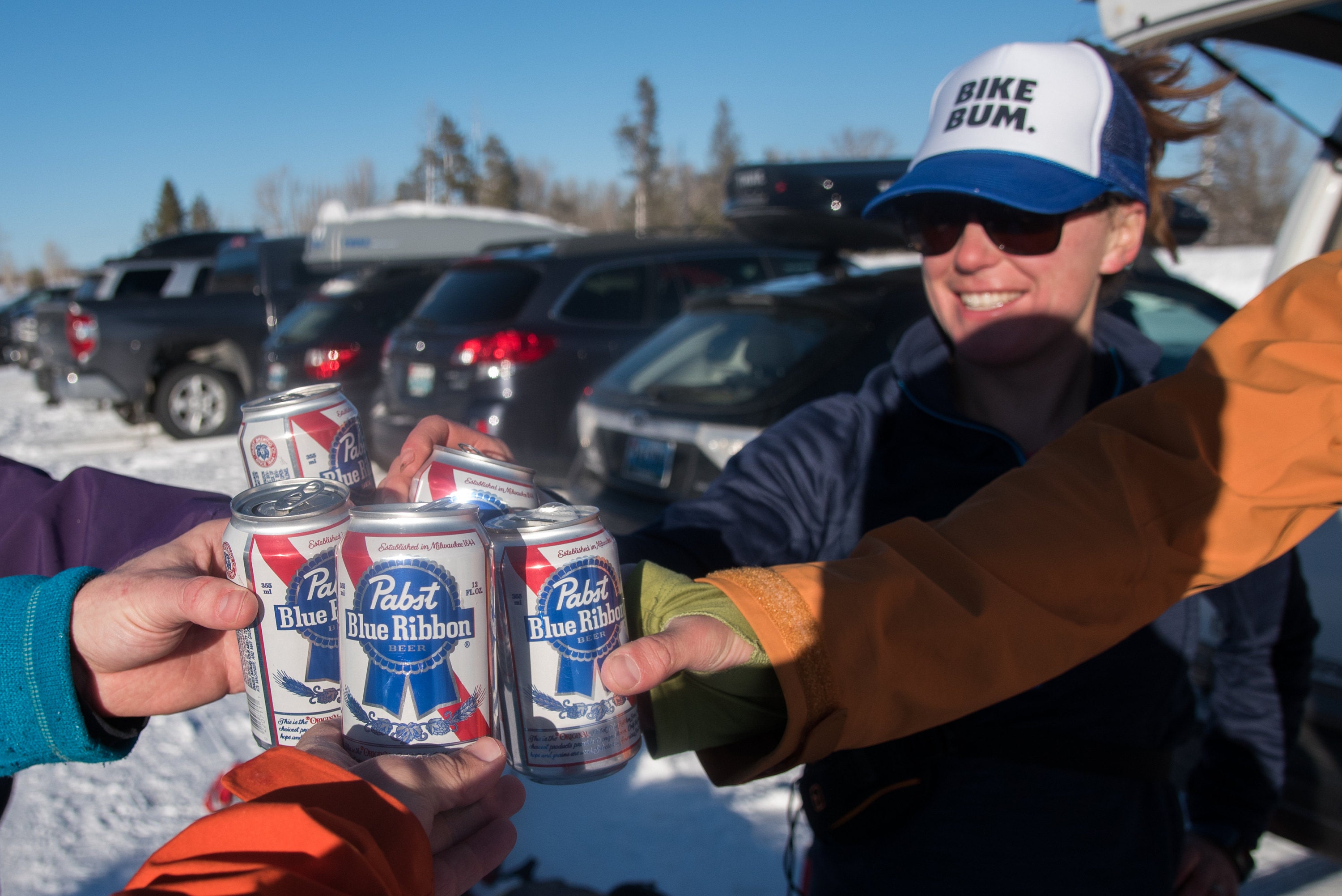 Seriously, why is it only the General Store that sells Montucky?  (Shameless plug for Montucky, I know...)  I used to be a PBR girl, but hello????  That Montucky shit is awesome.  The liquid courage, and much needed break, catch up to you and you hit another lap.  High five some friends on the lift (because you now know what jacket they're wearing this season) and they talk you into a couple more runs.  You feel like dying, but that's ok because nobody wants to die alone.

You still haven't figured out your Spotify Playlist yet, but that's ok.  If you feel like stalking Truckette (and the owner, Stacie), feel free to listen to the "Unicorn Picnic" playlist.  The theme that one follows is, "If I'm ever in a ski movie, this is what I'd want played in my segment."  It usually works for me and the crazy pow slashes that I get on the daily...which I don't get on the daily.  But hey, a girl can dream.

This one tends to be better, because all your friends' legs are dying too and need nachos...all the nachos.  And since it's the first time you've probably seen them in, well, all summer because they were busy backpacking and white water guiding and fly fishing and traveling, you have some more beer...maybe all the beer?  At this point, the 2nd Aprés ends with hot tubbing...all the hot tubbing.  But I didn't bring a suit.  Well, are you wearing underwear?  No?  Ummm.  Just go naked?

Ugggghhhh, the holidays.... OK, as a business, heck yeah!  The holidays are awesome!  As a jaded local and ski bum 15 years and running...there. are. so. many. people.  So many people.  And I've heard that whole "they're not skiing where I'm skiing" argument.  But truthfully, yes they are...unless you have a magical chair lift that nobody knows about.  (And if you have a magical chair lift that nobody knows about, then hollaaaaa!  I pay in high fives, 6-packs of Montucky, breakfast burritos and dad jokes.  Hell, I'll even let you take acers.)  Otherwise, I'll be Netflix and chilling for the week of Christmas/NYE and I'll see y'all January 2nd...unless there's powder days...like there was this year...and if that's the case, I'll be in tram line at 7:45 to get first box...

Kidding?  Well, if you don't have one yet, then definitely not kidding.  Giiiiirl, how else are you gonna join the Truckette Tribe?!?  Plus, your hair probably looks craaaazy after a day of crushing pow.  And we have one that says "I love tacos".  I mean seriously, how much better can it get?

Now it's no longer early season, The Hobacks are hopefully open and we ski so much every day we start waiting for surfing season...AKA - off season.  But that's not for awhile.  #prayforsnow #doradshit